A lesser known film, ANTARDWAND, released in 2010 and sank without a trace. But it stood out from rest of the niche films as it was based on the system of groom kidnappings prevalent in Bihar. Now, newcomer director Prashant Singh attempts to make the idea even more popular with his film, JABARIYA JODI. Unlike ANTARDWAND, which was quite a serious fare, JABARIYA JODI attempts to look at it in a light-hearted manner. Moreover, it stars two known actors – Sidharth Malhotra and Parineeti Chopra. So does JABARIYA JODI entertain and comes across as a respite for its lead actors? Or does it fail in its endeavour? Let’s analyse. 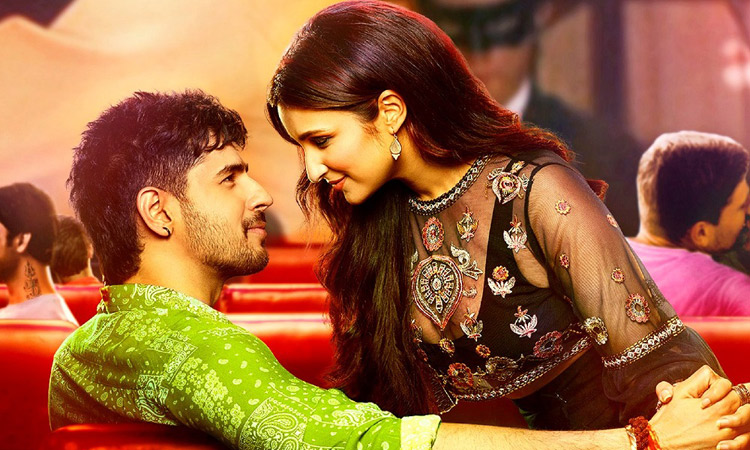 JABARIYA JODI is the story of two equals, who come from different worlds. In 2005, two kids – Abhay Singh (Aryan Arora) and Babli Yadav (Gurket Kaur) – fall in love in the Madhopur village in Bihar. But Babli’s mother catch them red handed. She and Babli’s father Duniya Lal (Sanjay Mishra) decide to leave Madhopur and shift to Patna. Cut to present day. Abhay Singh (Sidharth Malhotra) is now an adult and works with his father Hukum Dev Singh (Jaaved Jaaferi). Abhay’s job is to kidnap grooms and get their ‘jabariya shaadi’ done. Abhay, Hukum and the rest of the gang members believe that they are doing social work with these forced marriages. After all, the bride’s father doesn’t have to pay dowry in such type of marriages. While getting one such ‘jabariya jodi’ done, Abhay bumps into Babli (Parineeti Chopra), who is the friend of the bride Shriya (Kirtika Budden). Both recognize each other and sparks fly. For Babli, the timing is just perfect. She has been dumped by a guy for whom she ran away from her house. Abhay too falls for Babli but he also gets apprehensive about the relationship. Moreover, he has political ambitions – he wants to be an MLA and stand for elections next year. Meanwhile, Duniya Lal finds out that she is in love with Abhay. He detests Abhay, since he is a goon and decides to get her married to the supposedly decent and educated fellow, Pappu (Rashul Tandon). But Pappu’s parents ask for ridiculously high dowry. With no option in hand, Duniya Lal and his close aide Pathak ji (Neeraj Sood) approach Hukum Dev Singh and request for Babli and Pappu’s ‘jabariya shaadi’. Babli is told of her marriage but she assumes her father is getting her hitched to Abhay! So she is very glad and happily participating in pre-marriage customs. Abhay meanwhile is sulking as he doesn’t want her to get married to anyone else. At this point, the powerful and well-connected Daddan Yadav (Sharad Kapoor) approaches Hukum Dev Singh. He requests him to let go of the deal he made with Duniya Lal since Pappu is his close relative and that he’s planning Pappu’s wedding somewhere else. In return, Daddan would give Hukum Dev the election ticket from the seat of Gaya. Hukum Dev agrees and he tells Abhay to return the fees given by Duniya Lal at his residence. This is when Babli learns the truth and she is shattered. An angry Babli now decides to do ‘jabariya shaadi’ with Abhay! What happens next forms the rest of the film.

Sanjeev K Jha’s story is based on an interesting idea. Many in the country are not aware of ‘pakadwa vivah’ tradition and the writer succeeds in showing this bit in an entertaining manner. At the same time, he also highlights the downside of such kind of marriages. But the inherent love story is weak and has loose ends. Sanjeev K Jha’s screenplay (with additional screenplay by Raaj Shaandilyaa and Neeraj Singh) doesn’t really succeed in hiding these minuses. A few scenes are well written and thought of. Also, the writing has the massy vibe. But one wishes the writer and additional screenwriters had done something about the unconvincing plot points. Raaj Shaandilyaa’s dialogues (with additional dialogues by Neeraj Singh) are one of the highpoints. The one-liners are sure to be greeted with claps and hooting. In fact, it’s a rare film where dialogues help in hiding the goofs of the film. In the emotional scenes, the dialogues work big time.

Prashant Singh’s direction is very good for a debutant. He understands that the story has a pan-India appeal and executes it appropriately. Also, he keeps the audiences hooked from start to finish without boring them, despite the 144 minutes duration. But he doesn’t do much when it comes to unconvincing moments in the movie. The biggest dilemma faced by Abhay Singh in the film is the fear he has that he’ll turn like his father and harass his to-be wife and she’ll suffer the same fate like her mother (Sheeba Chaddha). This is an important point and should have been explained further. Only the childhood portion shows Hukum Dev Singh indulging in adultery and that he’s quite strict. But it’s not enough and the director should have tried to explore the dynamics between Hukum Dev and his wife. Also, he allowed the repetition of some sharp dialogues, due to which the impact is not made. Not just that, Hukum Dev’s change of heart is too sudden and catches viewers unawares. Lastly, the product placement in the film is too in-your-face and it’ll raise laughs.

JABARIYA JODI starts off on a sweet note, showcasing the love story between two teenagers. The fun continues once adult Babli enters the story and bashes up her boyfriend for not turning up at the railway station. Abhay’s introduction too is done in a fun manner. The sidekicks and supporting characters are also quite strong and they also add a lot to the film and its humour quotient. The manner in which Babli is completely oblivious that she is getting married to Pappu and not Abhay is hard to digest. Did no one around her ever even take the groom’s name, even as a passing remark? Post-interval portion begins on a promising note as Babli decides to force marry Abhay. The way it’s done is pretty hilarious. But soon, the film drops. Thankfully, the action-packed climax, though weak, works and the film ends on a happy and appropriate note.

Sidharth Malhotra is in fine form, also look wise as he suits the part. There’s a scene where Babli’s pals try to kidnap Abhay but get scared the minute they see him. And this bit looks convincing as Sidharth makes Abhay look like someone not to be messed with. But his performance is a bit dry in some scenes. He should have shown a bit more aggression in a few more sequences. Parineeti Chopra does quite better and is just perfect as Babli. In the second half, she gets surprisingly mellow, which seems a bit out of character. But even in this hour, she leaves an impact. The scene where Abhay comes to take away Babli is where she leaves a huge mark. Aparshakti Khurana (Sanku) slips into his part effortlessly. Sanjay Mishra is fair and adds to the humour quotient especially in the scene where he consumes the ‘banned’ alcohol. Chandan Roy Sanyal (Guddu) is apt for the part. Mohit Baghel (Halla) is quite funny and makes his presence felt. Raashul Tandon goes overboard and yet manages to entertain and raise lot of laughs. Jaaved Jaaferi is decent as the strict father. Sheeba Chadha gets a raw deal. Neeraj Sood has a few funny dialogues but one wishes he had a lengthier role. Sharad Kapoor is strictly okay. Gopal Dutt (Inspector Tiwari) is very good in the cameo role. Aryan Arora and Gurket Kaur are sweet as young Abhay and Babli respectively. Elli AvrRam is sizzling in the item song.

Music is not great as it doesn’t suit the feel and theme of the film. ‘Zilla Hilela’ is the only track in the film that matches with the film’s setting. ‘Khadke Glassy’ is also nice but comes in the end credit. ‘Dhoonde Akhiyaan’ works because of the picturization. ‘Khwabfaroshi’, ‘Ki Honda Pyaar’ and ‘Macchardani’ are disappointing. Joel Crasto’s background score is dramatic. Bosco Martis’ choreography (‘Khadke Glassy’) and Adil Shaikh’s choreography (‘Zilla Hilela’) is good.

On the whole, JABARIYA JODI is a decent entertainer and works because of the novel idea of forced marriages, performances and hilarious and witty dialogues. At the box office, it will do decent business before the Independence Day biggies take over.