The two of the biggest superstars of Bollywood, Shah Rukh Khan and Salman Khan, also have an electrifying chemistry on screen. This was evident in Rakesh Roshan’s 1995 blockbuster Karan Arjun. Even in the romance saga Kuch Kuch Hota Hai, where Salman had a supporting part, the film went on another level whenever they came forward. Hum Tumhare Hain Sanam today is memorable chiefly because it starred both of them together. It’s been 18 years since they both came together, though they were sweet enough to do special appearances in each other’s films (Om Shanti Om, Tubelight and Zero). But to see them together in a two-hero flick is something that fans have been waiting for keenly. Their excitement did arise when reports emerged that Sanjay Leela Bhansali was planning to cast Shah Rukh Khan and Salman Khan in his next flick. But sadly, the project failed to take off. 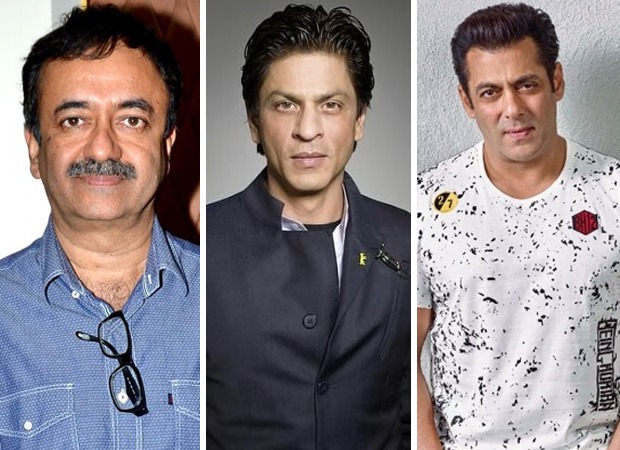 After SRK’s Zero tanked, the star took a long time in deciding his next and finally, if reports are believed, he has given his nod to blockbuster filmmaker Rajkumar Hirani. However, now it has come to light that Rajkumar Hirani had approached SRK with a different film. If reports are to be believed, then Rajkumar had the concept of a two-hero film in his mind. For this project, he wanted to cast both Shah Rukh Khan and Salman Khan. However, when he met SRK, he insisted that he’s keen on doing a solo-starrer. Hence, Rajkumar Hirani went back to the drawing board and he finally came up with an idea which was fine to both the filmmaker and the actor.

Rajkumar Hirani is writing the script with his regular colleague, Abhijat Joshi. As it is his style, Rajkumar Hirani is taking his own sweet time to write and fine-tune the script. He’s been sharing all the drafts with the superstar, who also provides his feedback and input to Rajkumar. However, an official announcement regarding this film will happen only when a fully satisfied Rajkumar Hirani locks the script. This is being done at the behest of the filmmaker and Shah Rukh Khan reportedly has no qualms in delaying the announcement.

Recently, SRK had got his fans excited when in a reply to a fan question on Twitter, he had hinted that his film with Rajkumar Hirani is indeed on.

Wow both are awesome and I have met them…but Raju apna sa lagta hai…nahi? https://t.co/EuSsrTHtx5

Also Read: Rajkumar Hirani and Sri Sri Ravi Shankar to have an insightful conversation on the Heart To Heart Show