On March 7 around 3.35 am 19-year-old medical student A. Chandramouli residing at RR Venkatapuram was suddenly woken up from his sleep by his parents. He was unable to breathe as the air around him was filled with some kind of pungent smell. His eyes were profusely watering and he was blinded, say his near and dear ones. Dazed and confused due to the limited flow of oxygen to his brain, instead of running towards the door he ran towards the balcony and fell to death from the second floor of his house.

A similar thing happened to C. Gangaraju, in his mid thirties. Inhaling the fumes, he staggered out of his house and fell into a well and drowned.

The fumes that the residents of RR Venkatapuram, Venkatapuram, SC-BC Colony, Kamparapalem, Nandamuri Nagar and Padmanabha Nagar inhaled that morning was the deadly styrene monomer vapour that leaked out of a storage tank in LG Polymers India, a chemical plant owned by South Korea-based LG Chem, located in RR Venkatapuram.

The incident left 12 dead and over 350 hospitalised. Over 2,000 people were evacuated from the villages within a radius of 1.5 to 3 km from the plant. People ran for their lives, leaving their belongings and houses unlocked. 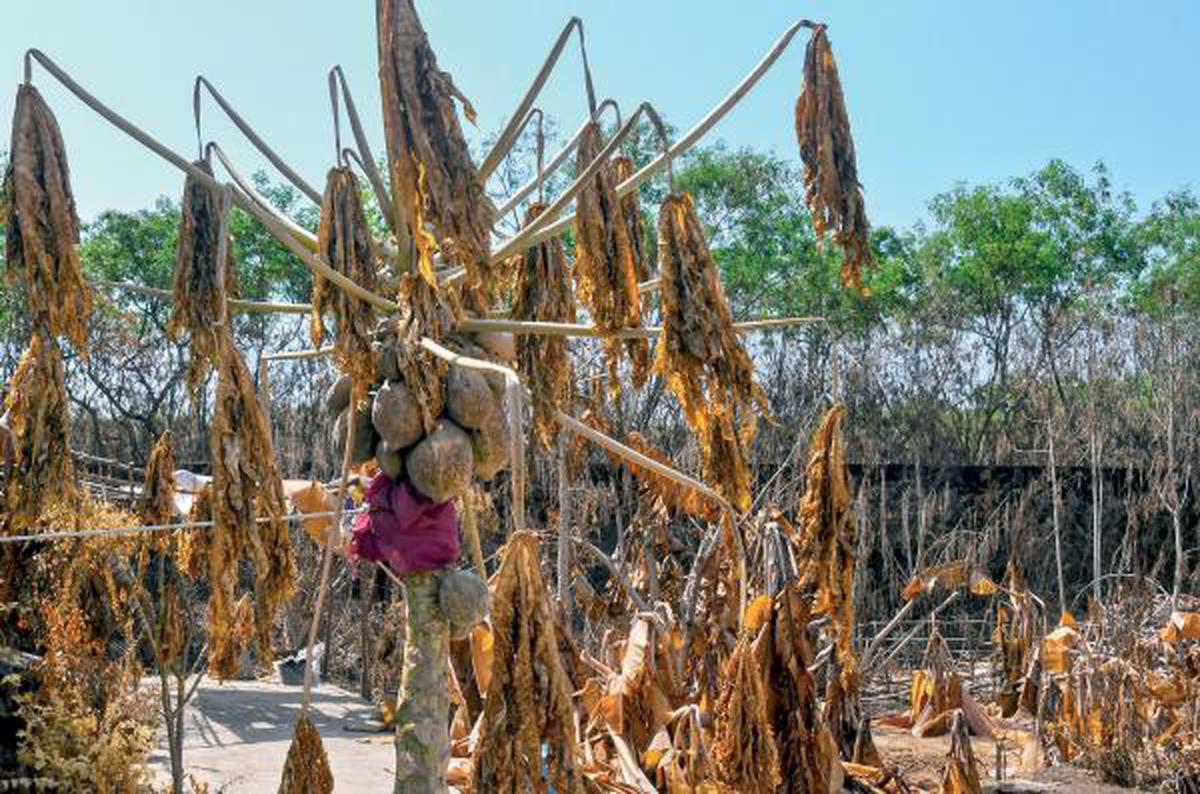 “We are habituated to the pungent smell, as we have been inhaling it since our birth. But we never expected that vapour would leak out in such huge quantity and prove so dangerous,” says Appalaraju, a resident of SC-BC Colony.

What could have happened

As per the initial assessment, auto-polymerisation of the liquid styrene is said to be the cause for formation of the vapour. The plant was not operating due to lockdown for almost 40 days and the difference in temperature at the bottom and top portion of the tank, it is being said, has caused the vapour formation.

The boiling point of styrene is 145° Celsius and as per District Collector V. Vinay Chand, the temperature rose to 154° Celsius. About 1800 MT of styrene was present in the 2400 MT capacity tank.

Many questions are being raised on the incident and are under probe. How did the temperature rise and was it not noticed? Were the low and high temperature inhibitors at the plant present in sufficient quantity? (Inhibitors such as PTBC – para-tertiary butyl catechol – are used to solidify the liquid to lower the temperature.) Was there some mechanical error in the gauges or was there a human error?

The NDRF had flown in 500 kg of PTBC to bring down the temperature.

“Fortunately, styrene monomer vapour is heavy and does not spread to a large area as in the case of other gases. It settles down within a radius of 1.5 km, says Mr. Anantaram Ganapathi, who worked as the styrene plant manager in the company.

In an affidavit in May 2019, the factory had accepted that it was operating without obtaining the environment clearances. The company had admitted that the unit did not have ‘environment clearance substantiating the produced quantity, issued by the competent authority for continuing operations, and was operating based on a consent given by the Andhra Pradesh Pollution Control Board’.

“How did APPCB grant Consent for Establishment (CFE) and Consent for Operation (CFO) around the beginning of 2019 for the unit’s expansion? APPCB did not apparently take clearance either from the State government or from the Union Ministry of Environment and Forests,” alleges former bureaucrat E.A.S. Sarma.

Apart from ensuring compensation, the government has set up a dispensary with 10 specialist doctors to treat the people.

Despite a few ministers sleeping in the village recently to instil confidence, many are still afraid to go back. Some of those who returned say that more than a week after the incident the smell of vapour continues to linger and that they are unable to come to terms with it.

The rice stored in the house smells, the floor is sticky with vapour residue and the government is still supplying packaged water or GVMC tankers.

“Our eyes and skin still burn. We are scared of the long-term health effects and depression that has set in many,” laments Lakshmi, a housewife.

You have reached your limit for free articles this month.

Find mobile-friendly version of articles from the day’s newspaper in one easy-to-read list.

Enjoy reading as many articles as you wish without any limitations.

A select list of articles that match your interests and tastes.

Move smoothly between articles as our pages load instantly.

A one-stop-shop for seeing the latest updates, and managing your preferences.

We brief you on the latest and most important developments, three times a day.

Not convinced? Know why you should pay for news.

*Our Digital Subscription plans do not currently include the e-paper ,crossword, iPhone, iPad mobile applications and print. Our plans enhance your reading experience.